For people new to Dynamix, or for people who forgot how to play the game, this is a "How to Play" tutorial.

This will appears when player selected New option in Save file selection before enter to the main menu first time. 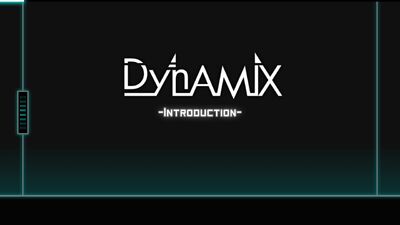 There are three types of notes: There are blue notes (that you tap), yellow notes (that you hold on) and red notes (that you slide with your finger. Follow the instructions below before you play. There is also a tutorial in the Settings menu that has most of the same information.

This is basic play. These notes always appear from the top of the device display.

Hold. Tap the yellow note and hold down on it until the note ends. Both the start and the end of the note count towards your combo.

Slide. Hold your finger on the line so that the notes look like they would just fall down into your finger. 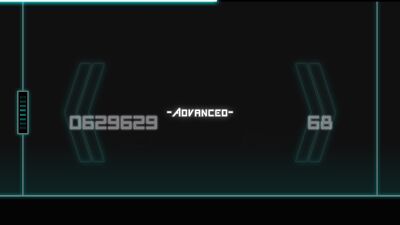 This is advanced play. It's one of the things that makes Dynamix different from other games. The notes always appear from the center of the display (except very long hold notes). They come from either sides of the display.). The game warns you when notes are coming from the sides by making the blue lines on either side flash briefly. Also, you can hit the notes from the sides simultaneously on the device's display.

Pad side. Just tap the blue notes and hold on the yellow notes. 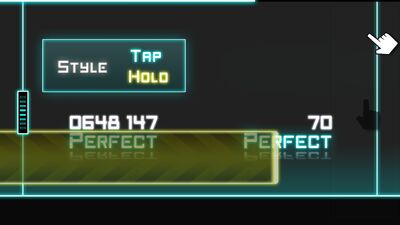 Mixer side. The difference between Basic and Advanced is that it has "The Mixer" to capture red notes in 1 line only (only 1 finger) and The Mixer can only slide up and down. It looks like a rectangle with horizontal, tiny blue glowing lines going through it. Some songs have the mixer on just one side (left only, e.g: Stardust / right only, e.g: REconstruction), some songs have the mixer on both sides (e.g: Heart Eyes), but some don't have the mixer at all (e.g: Teardrops). Most songs' slider won't have double or triple slide notes, but some do (e.g: OCCHOCO-REST-LESS). As long as the slide notes hit the slider, they'll register as Perfect or Good hits, depending on the timing, so it's not necessary to constantly hold your finger on the slider, sometimes never for some charts (e.g: Parallel_Address) 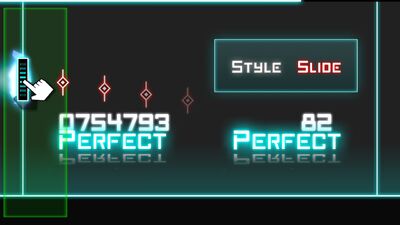 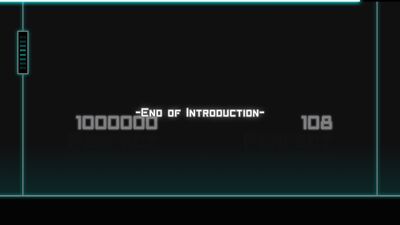 At last, after appears the Full Combo, the screen will displays -End of Introduction- on center, and you will skip to main menu.

That's all about how to play Dynamix. Have fun :)

Retrieved from "https://dynamixc4cat.fandom.com/wiki/How_to_Play?oldid=27970"
Community content is available under CC-BY-SA unless otherwise noted.